How to Hide Photos on an iPhone

When you hide photos, they will be moved to the Hidden Album and won't appear in your Library and other albums anymore. You can also unhide photos and videos whenever you want.

How to hide photos on iPhone

1. Go to the Photos app and select the photo you want to hide or choose several pictures to hide.

2. Tap the "Share" icon, which looks like a box with an arrow sticking out of it, in the bottom-left corner.

3. Scroll down and tap the "Hide" button. 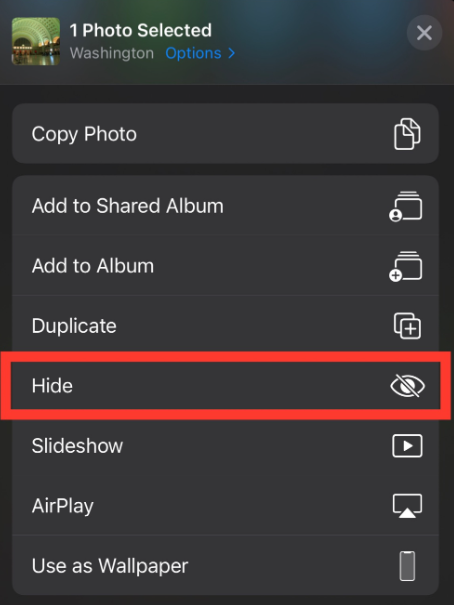 This photo or group of photos will now be in your "Hidden Album." You can find it by going to your photos and scrolling all the way down to the "Utilities" section, where it says "Hidden" and has the same eyeball icon as before.

How to hide the hidden album in the Photos app

Once you've moved photos to the hidden album, you can hide the album itself, which will remove it from the Photos app. This is how: 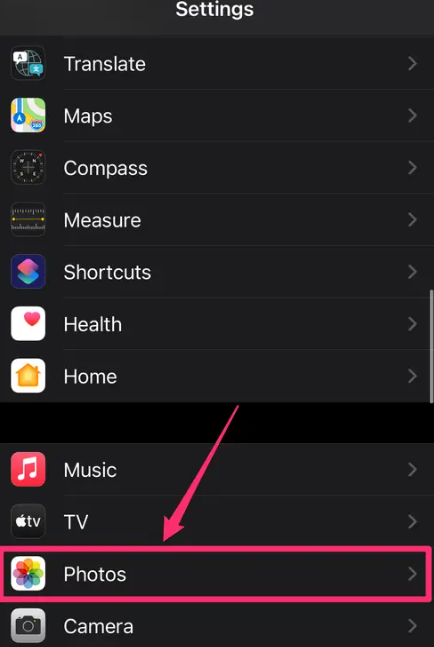 3. Scroll down and swipe the "Hidden Album" switch to the left, which changes it from green to grey. 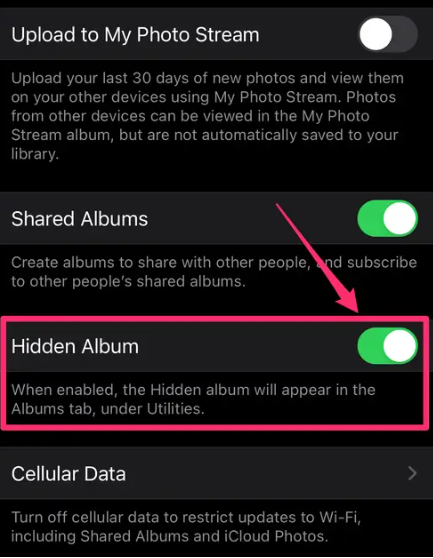 4. When the switch turned green and to the right, it meant that the "Hidden Album" would show up under "Utilities" in your "Albums" tab. When "Hidden Album" is turned off, your iPhone's hidden album won't show up under "Utilities" like it used to. This means that no one else can see your hidden photos. You can turn it off without worrying that your secret photos will be lost. When you turn it back on, your secret photo album will still be where it was.

Please keep in mind that if someone knows everything we've talked about in this story—how to hide photos on an iPhone and how to get to hidden albums on iPhones—then they know enough to get to your hidden photos, even if you've taken these steps. The iPhone's "Hide Photo" feature is not a foolproof way to keep your photos hidden. Apple would have to come up with some kind of security system, like a passcode, fingerprint, or face ID, to keep people from seeing hidden photos. We're not quite there yet.

Even so, it's still a good idea to use the "Hide Photo" feature on your iPhone because there's always a chance that someone who looks through your phone doesn't know this. So, using "Hide Photo" still makes you better off than you were before, and since it doesn't cost you anything, we'd say it's worth a shot.

Where to Find the Hidden album

3. Scroll down and find the Hidden album under Utilities.

If you're using an iPad, tap the sidebar icon in the upper-left corner then scroll down to find the Hidden album under Utilities.

To turn off the Hidden album:

Go to Settings then tap Photos.

Scroll down and turn off Hidden Album.

How to lock photos on your iPhone in the Notes app

If you'd rather hide your photos somewhere other than the Photos app, you can use the Notes app to do so. This is how:

1. Open the photo you want to secure, and then tap the "Share" button.

2. Scroll to the right until you see the Notes app icon, then tap it. The image will show up in a Notes draft. To save it, choose a Notes folder and tap "Save" in the upper-right corner.

3. Open the Notes app, and then open the note that contains the image.

4. Tap the three dots in the upper right corner.

5. Choose "Lock" from the menu that pops up. 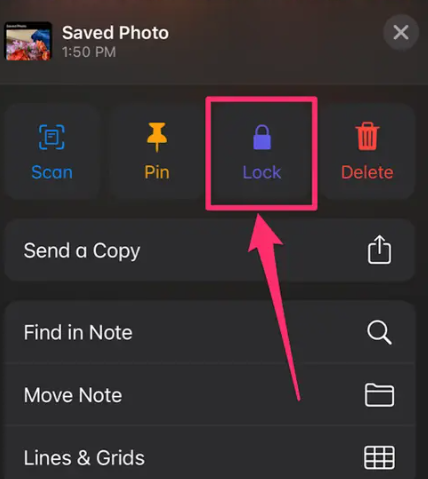 6. Then enter a password, confirm the password, and make a hint in case you forget the password. Tap "Done" in the top right corner of the screen. If you've ever locked a note before, Notes will just ask you for the same password you used before.

Lastly, make sure you delete the original image from the Photos app so that it only lives locked in the Notes app.

How to unhide photos on iPhone

On an iPhone or iPod touch

2. Tap on the Albums tab at the bottom.

3. Scroll down and tap Hidden under Utilities.

4. Select the photo or video you want to unhide.

3. Scroll down and top on Hidden under Utilities.

4. Select the photo or video you want to unhide.