How to screen record on Mac?

You have different options when it comes to recording the screen on a Mac. There are built-in tools in MacOS that let you record your screen so conveniently. There are also useful third-party apps that can help Mac users easily capture screen recordings.

This article explains how to record your screen on Mac using the Screenshot Toolbar or QuickTime Player - macOS’s built-in tool. 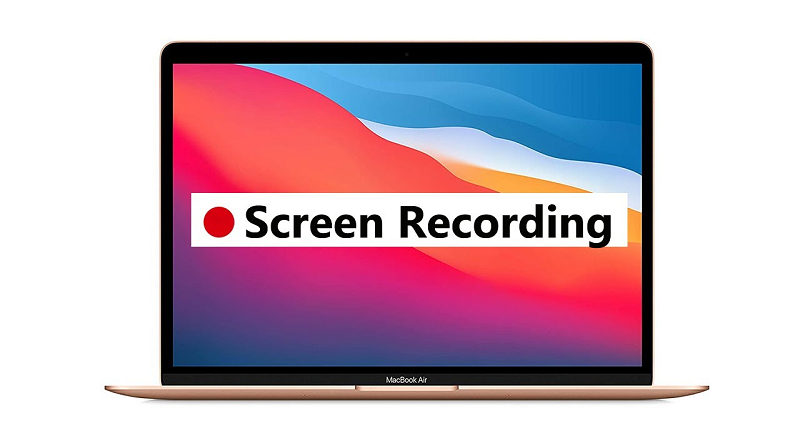 Screen Recording on a Mac using the Screenshot Toolbar

The easiest and simplest method to record your Mac’s screen is to use its Screenshot Toolbar. But please note that this method is just available for devices running macOS Mojave or later.

And here’s how to use the Screenshot Toolbar to screen record on your Mac.

At the bottom of the screen, a toolbar, which has a number of icons and options, appears. Right there, you’ll see two icons that have the record symbol on them: one is Record Entire Screen and the other is Record Selected Portion. 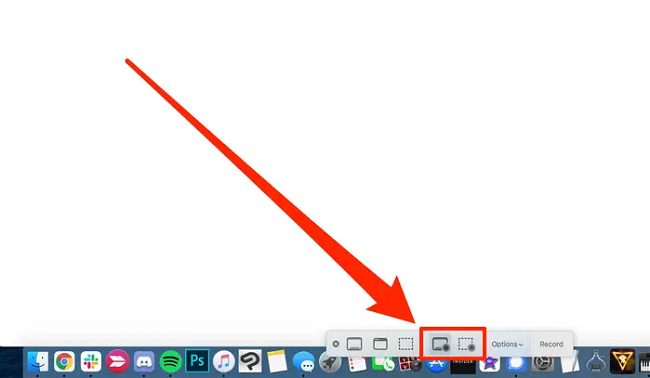 - Step 2. Choose the type of recording you want.

If you opt for Record Selected Portion, select the part of your screen you’d like to record, and then click Record.

Press the Esc key in case you want to cancel a recording before it starts.

- Step 3. Your screen recording will start right away and capture everything in the selected area on your screen, or the entire screen, together with any audio that is playing.

When you finish, click on the Stop icon in the menu bar. That's how to stop screen record on Mac.

When you click the Options button, you’ll find various setting options for Mac screen recording regarding Timer (choose whether your screen starts recording right after you hit the Record button or if there is a five- or ten-second delay), Microphone, Save to (choose where the video file will be saved to on your Mac), and other Options.

How to screen record on Mac with QuickTime Player?

If you're running an older macOS version, it’s still possible to capture your screen using Quicktime Player. Similar to the Screenshot Toolbar, with QuickTime Player, you can choose to either Record Selected Portion or Record Entire Screen.

And it’s worth noting that if you are running macOS Mojave or a later version, the following instructions will simply take you back to the Screenshot Toolbar.

And here’s how to use QuickTime Player to take a screen record on your Mac.

A dark gray recording window then appears, letting you select options to record the screen.

By clicking on the down arrow that is right next to the record button, you will see a dropdown menu appear. If you want to record your voice or other audio with your screen recording, simply choose "Internal Microphone" under "Microphone." That’s exactly how to screen record on Mac with audio or sounds.

- Step 3. Once you are ready, press the red Record button to start screen recording.

(Then, drag the mouse to record only a certain area of the screen, or click anywhere on the screen to begin a full-screen recording.)

After you stop recording, QuickTime Player opens the video you just made, so you can play it, edit it, or share it.

RELATED: How To Screen Record On Windows 10: Super Easy

Now you know how to record your screen on Mac without using any third-party apps, don’t you? All the steps listed above are super simple and easy to follow, aren’t they?

And that’s all for this post. Geeks Nation hopes you like it. Thank you for reading. Want to know How To Screen Record On IPhone, IPad, IPod Touch, the recording process is so simple, too, so check it out now.