Stumble Guys vs Fall Guys: Which is Better?

To begin, both Fall Guys vs Stumble Guys are extremely well-known game titles. They're loved by a significant number of players all over the world.

It’s true that these two share various common features. And of course, there are differences between them.

In this article, together with Geeks Nation, let’s find out "Is Stumble Guys and Fall Guys the same" and "Is Fall Guys better than Stumble Guys?". 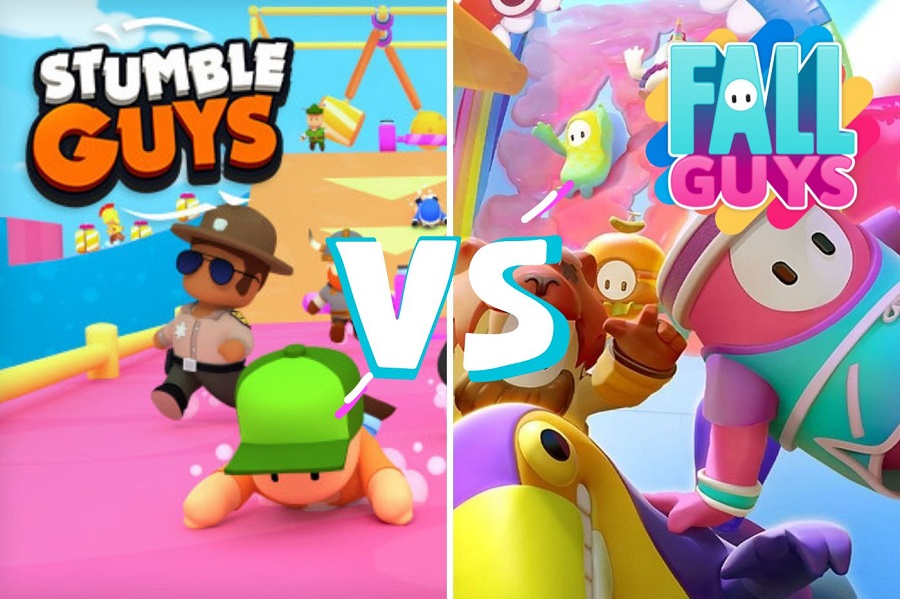 First of all, why don’t we spend a few minutes learning the similarities between these two?

Stumble Guys vs Fall Guys: What are the similarities?

The Stumble Guys game is regarded as a clone version of the popular Fall Guys. Many people even refer to it as something like "Fall Guys for mobile devices." So, it should come as no surprise that Stumble Guys resembles the game it was inspired by in many ways.

The two games, Stumble Guys and Fall Guys, have the exact same way to play. Players compete in races on levels that get harder and harder, and the loser is immediately taken out of the race.

As the game goes on, fewer and fewer players remain in the game until, in the last round, there’s only one player left. Some levels are about getting to the goal first, while others are about not falling into the mud, etc.

To sum up, Stumble Guys vs Fall Guys are quite similar games; in fact, they are practically the same. 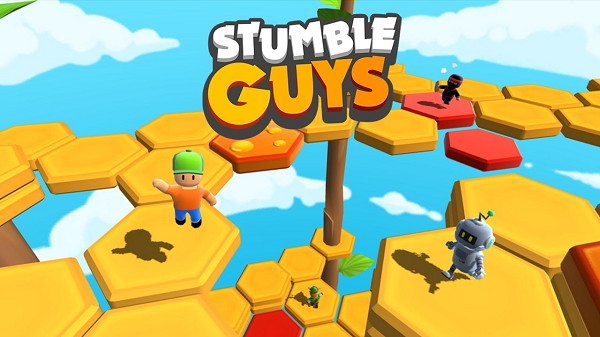 Players can customize the characters

In both games, players are all able to customize their characters. That means you can differentiate yourself from the crowd, making the game much more interesting.

However, it’s worth noting that the Stumble Guys game provides more customization options.

Now, Stumble Guys and Fall Guys let players play without paying. However, both of them include purchases and micropayments in the stores. 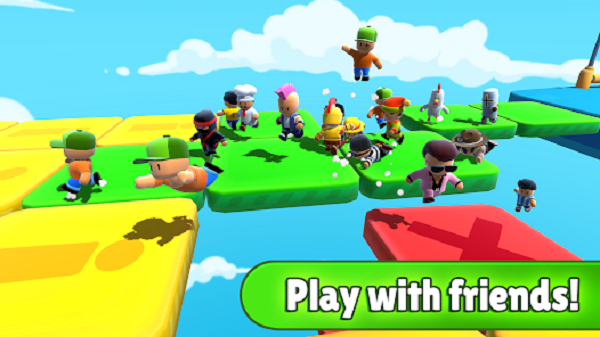 Another common feature between these two is that they have similar levels.

Also, you can play with friends on either Stumble Guys or Fall Guys. They all provide players with the option of forming groups to play together.

Stumble Guys vs Fall Guys: What are the differences?

Of course, there are some primary differences between these two.

Game controls are not totally the same 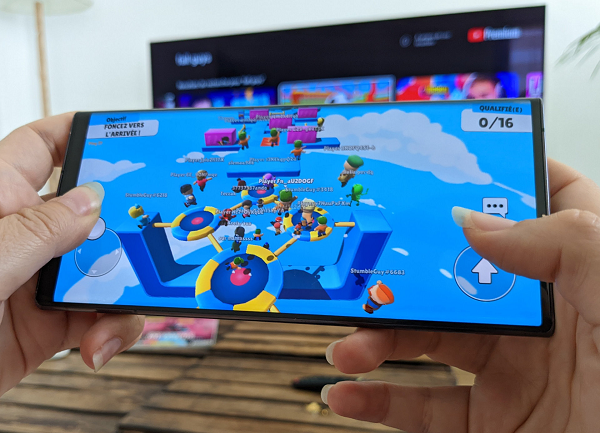 Stumble Guys is available only on mobile devices

Stumble Guys is a mobile game built solely for this platform. This game title from Kitka is currently available only on iOS and Android, and it appears that it will remain that way for so, so long.

Fall Guys, on the other hand, is available for free download on PlayStation, Xbox, Switch, and PC.

Because Stumble Guys was developed for mobile devices, it provides players with a faster experience than Fall Guys. To be more specific, the competition begins with fewer players—32 instead of 60 players —and the levels are significantly shorter.

One more considerable difference between these two titles is that Fall Guys provides more game modes. Due to the fact that Stumble Guys has a more simple control system, there are challenges in Fall Guys that couldn’t be reproduced in the Stumble Guys game. 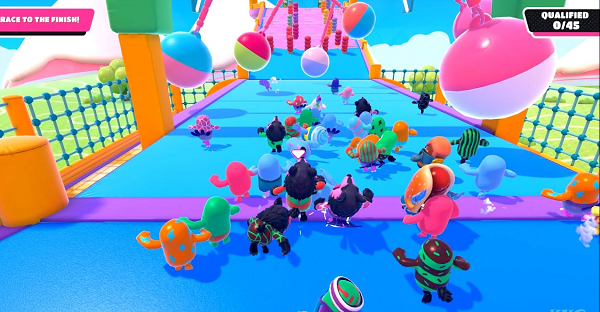 Stumble Guys vs Fall Guys: which is better? For sure, it’s a hard question since both are interesting despite the fact that they seem identical.

If you had to select between these two, it appears that Stumble Guys seems more interesting and suited for mobile users. However, this does not imply that Fall Guys is bad since it’s definitely an excellent multiplayer game.

These are some quick comparisons between Stumble Guys and Fall Guys that Geeks Nation would like to share with you via this post. And that’s all for today’s article!

Stumble Guys vs Fall Guys: which one is more attractive to you? Let us know in the comment section below!