YouTube is an American video-sharing website which allows billions of people to discover, watch, and share originally-created videos. The service was created by 3 former PayPal employees: Chad Hudley, Steve Chen and Jawed Karim in February 2005. It was bought by Google for US$ 1.6 billion in November 2006 and has been operating as one of Google's subsidiaries. The site allows its users to upload, view, rate, share, and comment on videos created by either individuals or major media corporations including BBC, NBC, CBS, etc. Most of the content uploaded to YouTube can be accessed for free, but there are exceptions, including subscription-based premium channels, movies rentals and YouTube Red, a subscription service offering ad-free access to the website and also access to exclusive content made in partnership with existing users. Since September 2016, YouTube is the second most-visited website on the Internet.

You can read this article to get a more specific guide: How to create a Youtube account.

All YouTube users can upload videos of up to 15 minutes in duration. Users with a good record of complying with YouTube's Community Guidelines may be offered the ability to upload videos up to 12 hours in length, which requires verifying the account by mobile phone. Originally, it was possible to upload long videos, but a 10-minute limit was introduced in March 2006 because the majority of videos exceeding this duration are unauthorized uploads of movies and TV show. The limit increased to 15 minutes in July 2010. Videos captions are made automatically using speech recognition technology when uploaded. These captions are usually not accurate, so YouTube provides options for the creators to manually add captions to their videos for better accuracy. YouTube also has some basic editing tools for uploaded videos such as adding audio tracks, annotations, as well as video enhancements. 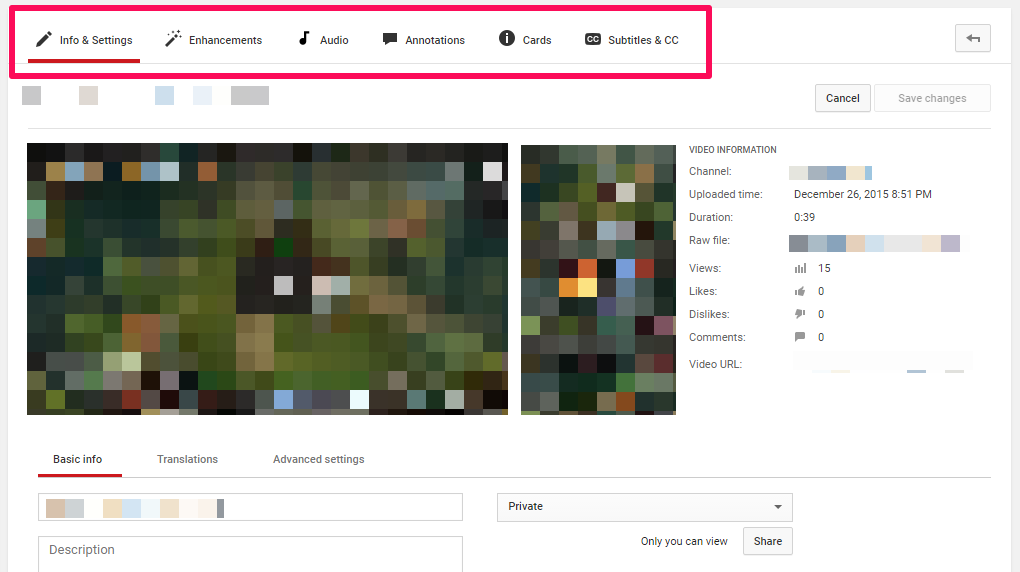 When it was first launched, YouTube allowed videos at only one quality level, displayed at a resolution of 320x240 pixels. In March 2008, a high-quality mode was added, increased the resolution to 480x360 pixels. 720p HD support was added in November 2008 and the 4:3 aspect ratio of the YouTube player was also changed to 16:9 widescreen. In November 2009, 1080p HD support was added. At the moment, YouTube has supports for up to 8K resolution with the videos playing at 7680×4320 pixels despite the fact that 8K monitors and 8K-capable cameras are still very rare. You can only watch 4K-resolution-and-above videos stutter-free with a 4K-supported monitor along with a high-end set-up and a relatively fast Internet connection. 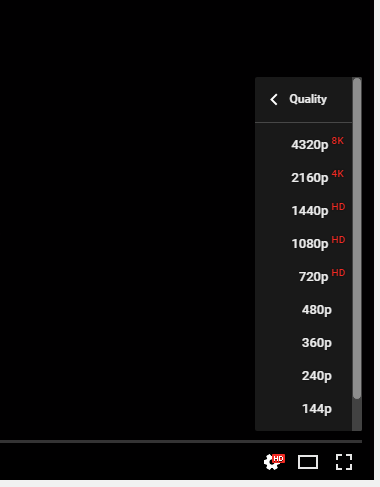 Now, YouTube's videos are available in a range of quality levels displayed in numerical values representing the vertical resolution of the videos including SQ (Standard Quality), HQ (High Quality), and HD (High Definition).

3D videos were supported by YouTube in July 2009. The videos use different 3D methods including Anaglyph 3D, Polarized 3D, and Side-by-side 3D. Each utilizes a type of glasses worn by viewers to achieve the 3D effect.

In March 2015, YouTube enabled its users to upload and view 360o videos. Although this type of video can be viewed on normal screen, viewers will have a better experience watching it using a virtual reality system.

Most modern smartphones nowadays are capable of accessing YouTube either within an application or an optimized website. YouTube Mobile was launched in June 2007, but not all videos are available on the mobile version of the site. In July 2010, it was relaunched based on HTML5 and optimized with touchscreen controls. While an official app has always been available for Android devices, not until September 2012 did YouTube launch its first app for iOS devices.

YouTube launched YouTube for TV in January 2009, which is a version of the website for set-top boxes and other TV-based media devices with web browsers. Now, YouTube as an app is available for all popular game consoles such as Nintendo's Wii, Microsoft's Xbox and Sony's PlayStation.

YouTube earns advertising revenue from Google AdSense, a program which targets ads according to the site's content and audience. In May 2007, YouTube launched its Partner Program, which allows the uploaders of the video to share the revenue produced by advertising on the site. The uploaders have 55 percent of the advertising revenue from the videos in the Partner Program, with 45 percent going to YouTube. Once eligible, users can enable or disable their videos for monetization on demand.

Since August 2016, YouTube adopted new Advertiser's friendly content guidelines, which will be based on to decide whether a video is appropriate for advertising. If it is inappropriate under its standards, the video will not be approved for monetization. Any existing videos that violate the guidelines will be de-monetized. Users are allowed to request a manual review of their de-monetized videos. YouTube will re-monetize the videos if no violation is found after the review. The details of the guidelines have caused controversies among a lot of content creators on YouTube.

You can read this article to know how to enable monetization for your videos.